Our proposal seeks to reconnect the Tallinn with the forest and the sea, two elements the city lost after intense industrialisation during Estonia’s long history of occupation by Imperial Russia and the Soviet Union.

The masterplan aims to:

The masterplan sits in a large area of derelict industrial land left over from Soviet rule. The proposal fills this ‘non-space’ with a ring of traditional Estonian landscape that incorporates a tram network, pedestrian pathways, cycle/ski routes, dense housing, mixed use developments around edges and built-up areas, a district heating/cooling system, shared electricity from offshore wind and PVs stored in power walls, a sustainable urban drainage system, and a green network of biodiversity across the city.

Housing is an important element of the masterplan, providing attractive environments around the ring that facilitate both ‘forest living’ and ‘sea living.’ Integrated with the SUDS and district heating network, the housing is carbon-neutral, with dense housing broken into stepped forms to provide required external balcony space.

By making the landscape walkable and integrating it with the transport system via tram stops every 400m, car use is discouraged.

The ring of trees and landscape form a new space for wildlife and biodiversity, while new green corridors across the city connect to existing major green space via derelict rail lines. The landscape of the masterplan is designed to be inclusive – accessible by those of all levels of mobility throughout the year and in different weather conditions.

Key areas of ramped access easily connect the sea and the old town to the masterplan. The path network incorporates different modes of transport, including a cycle and ski path, with shared surfaces that give pedestrian priority over drivers. 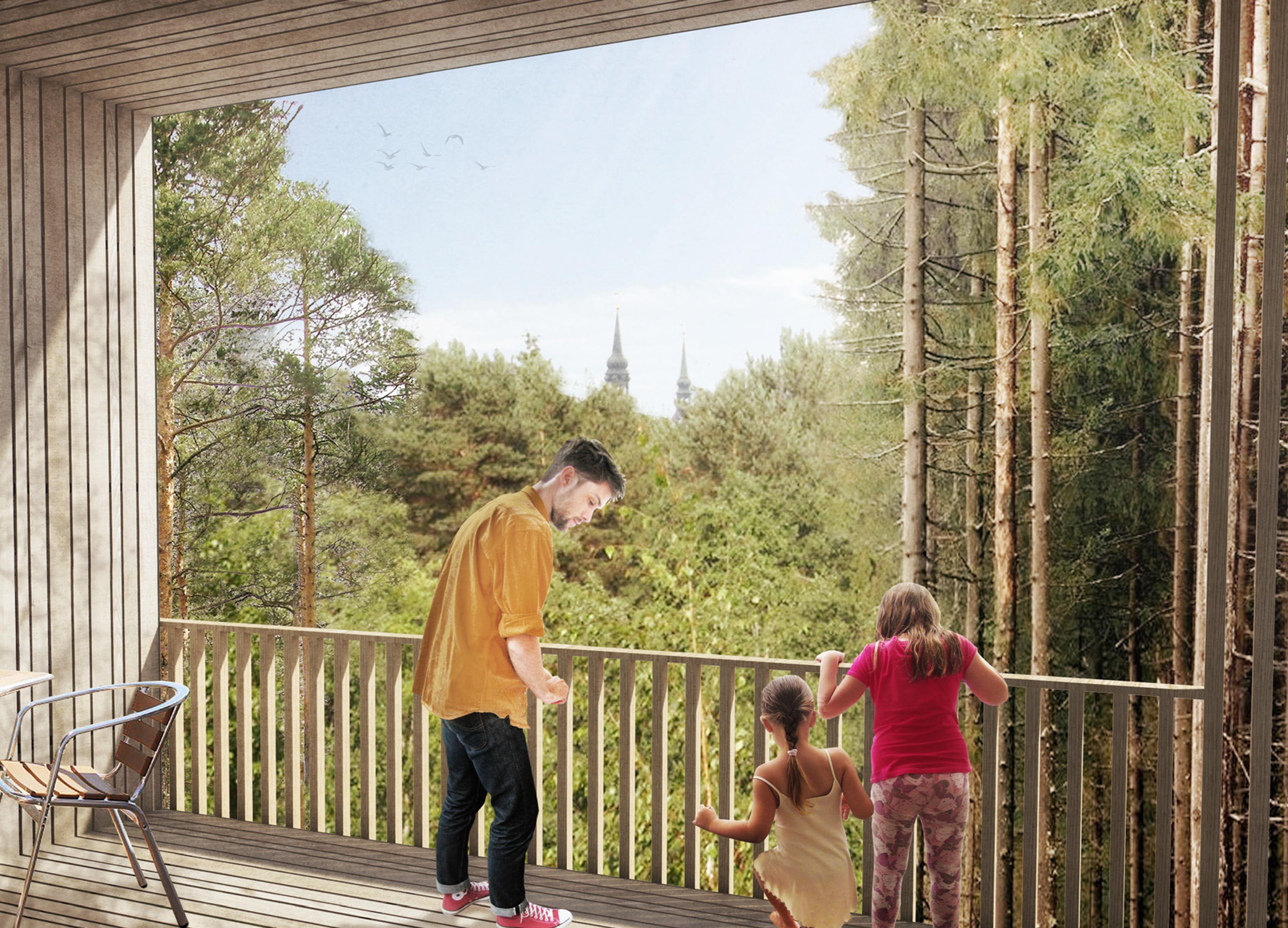 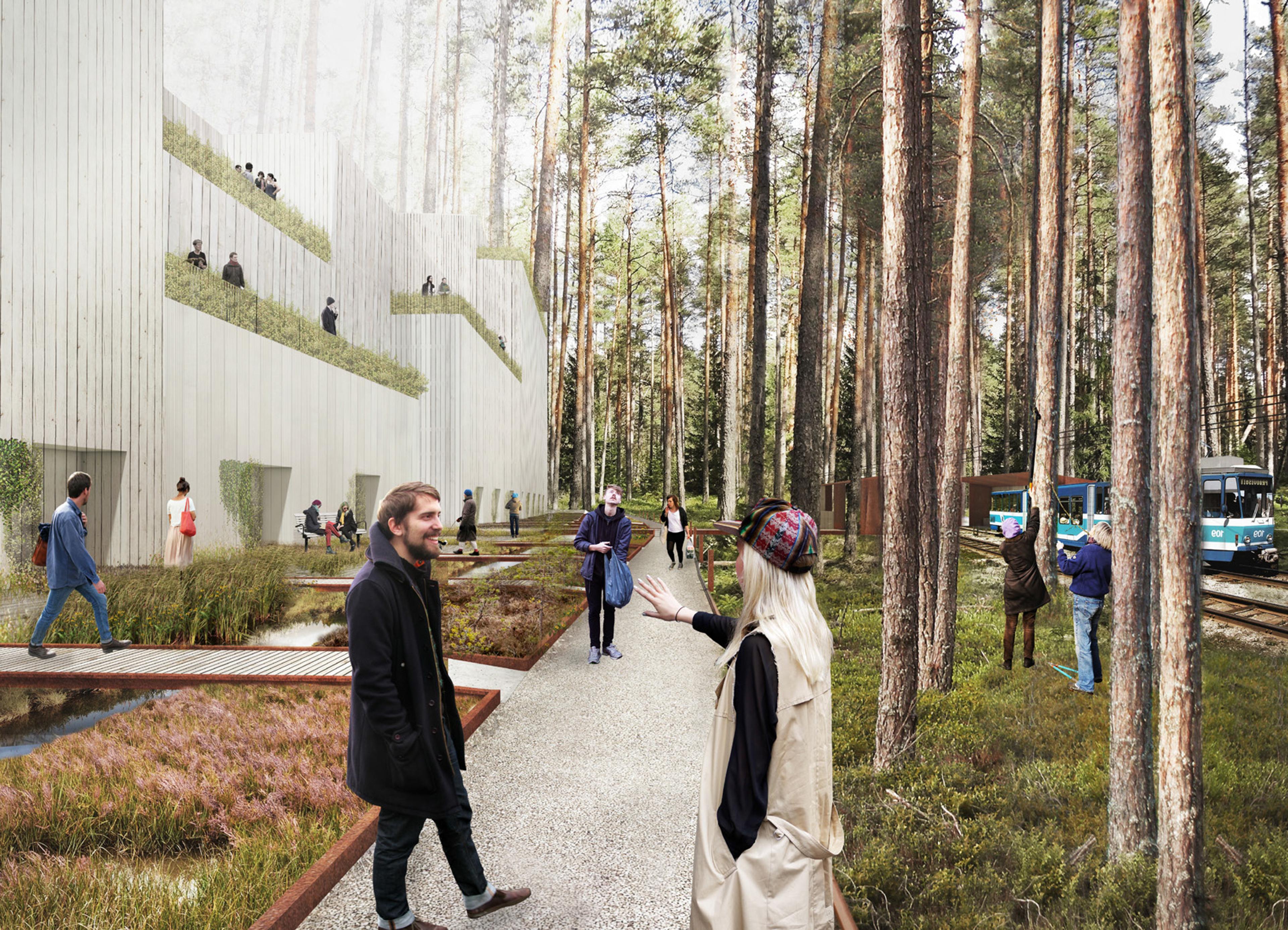 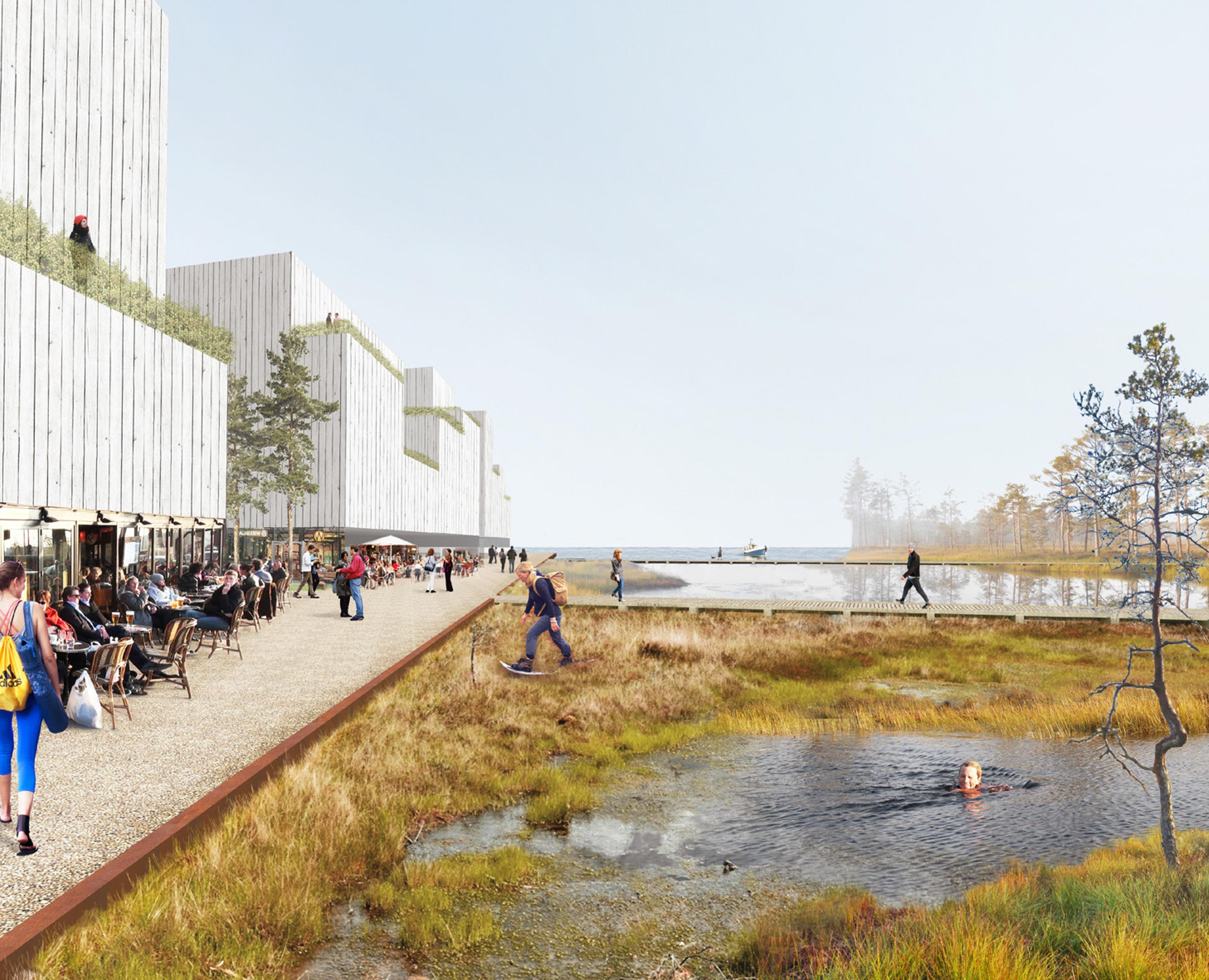 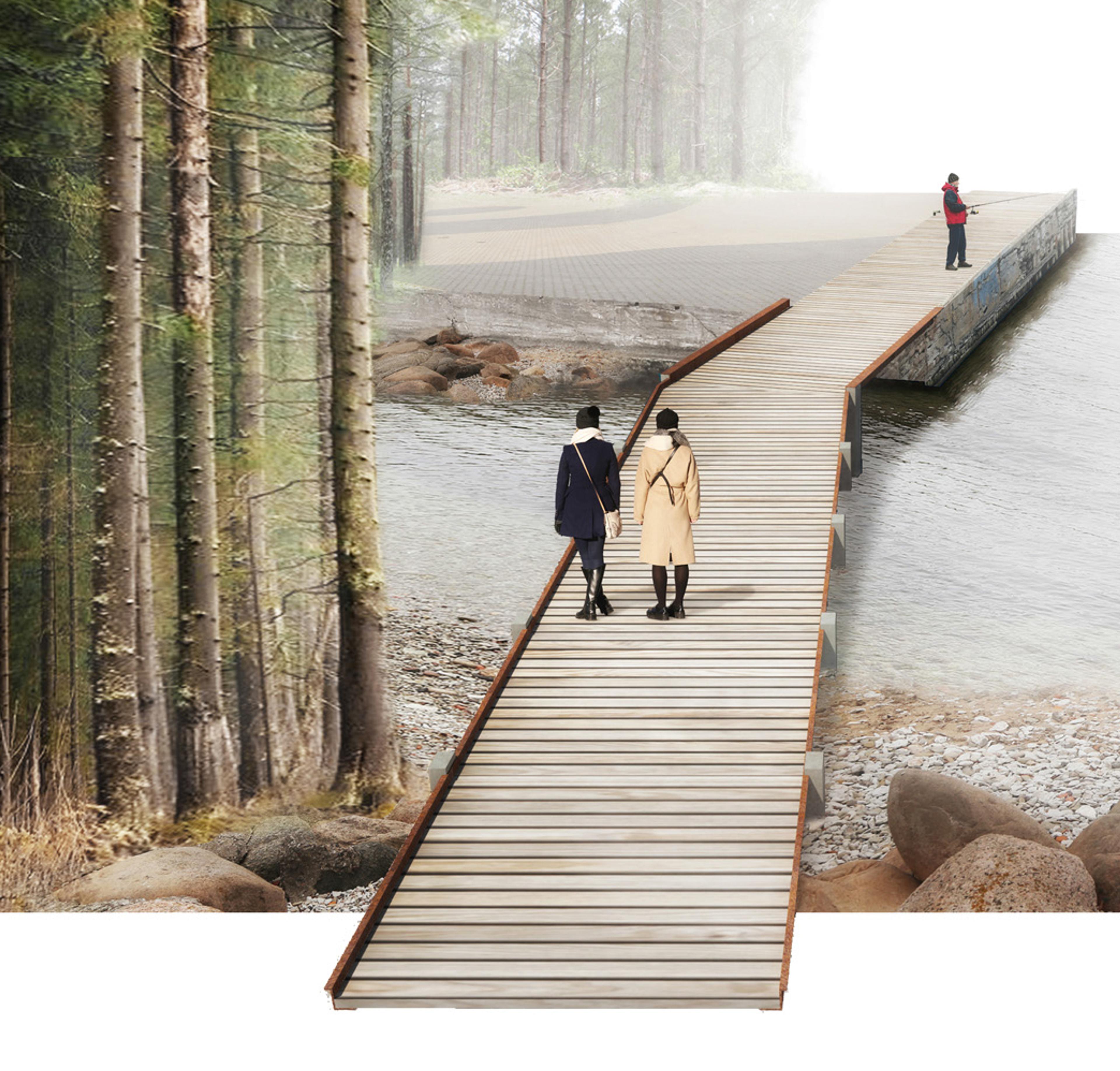 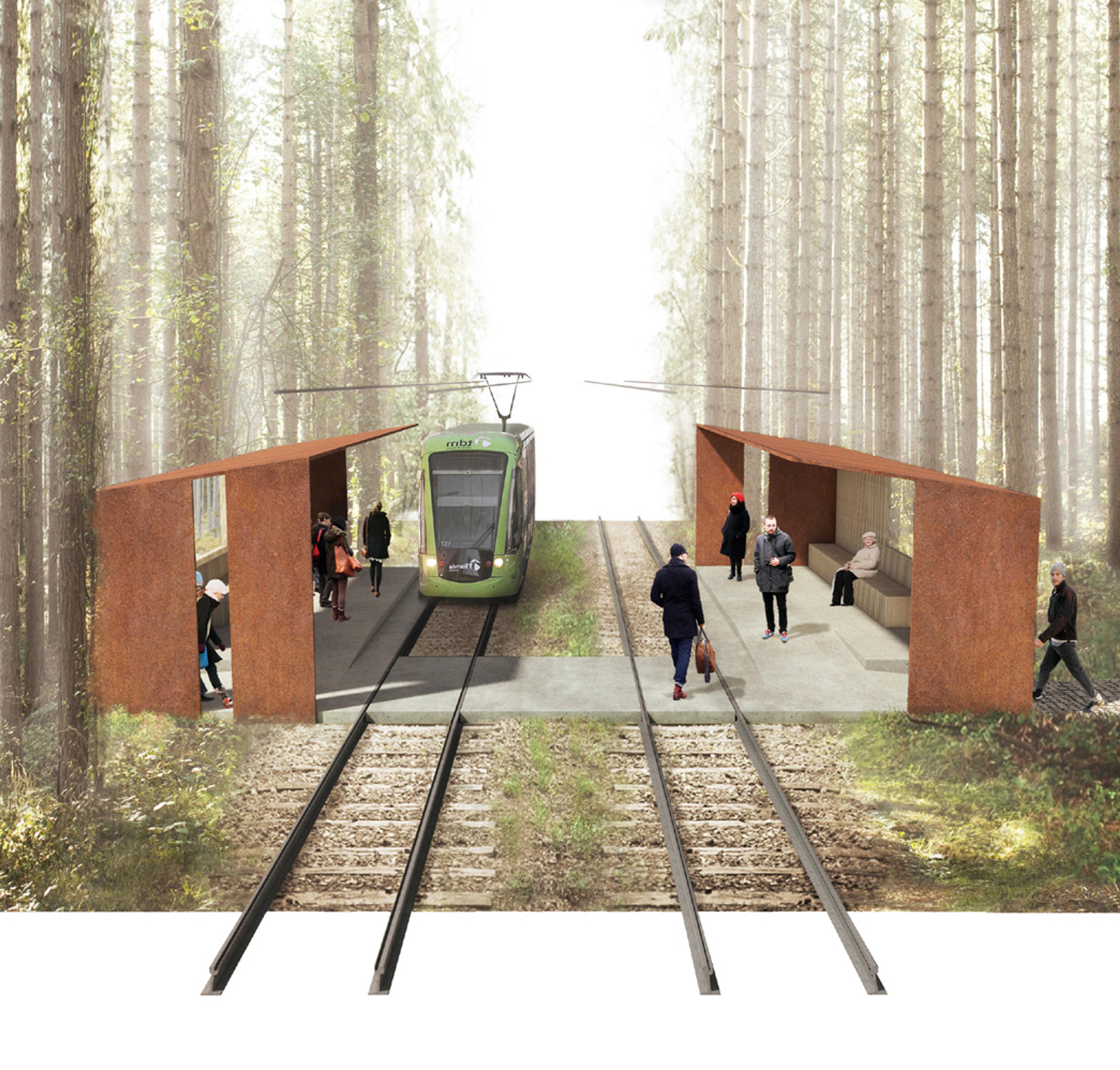 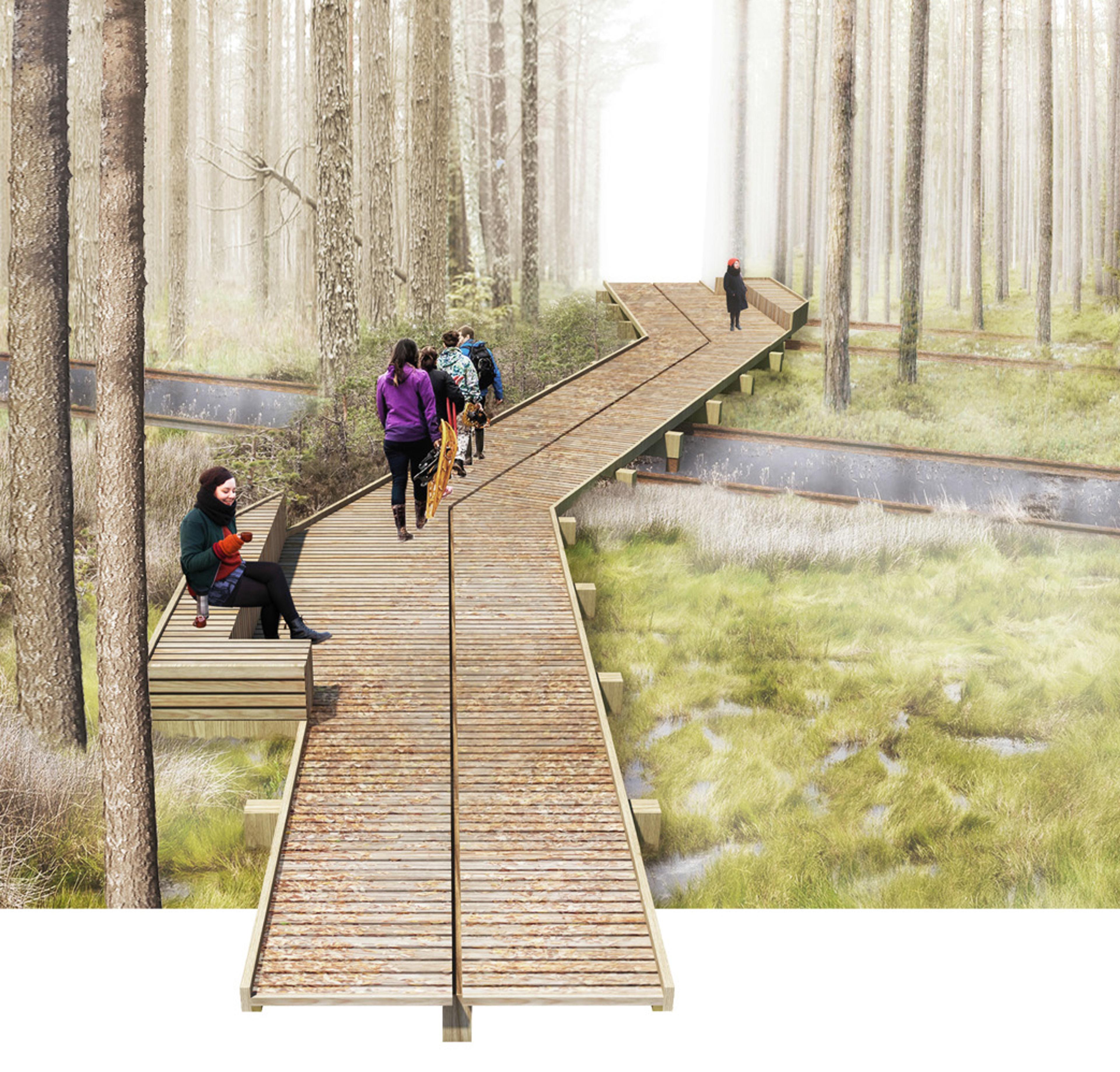 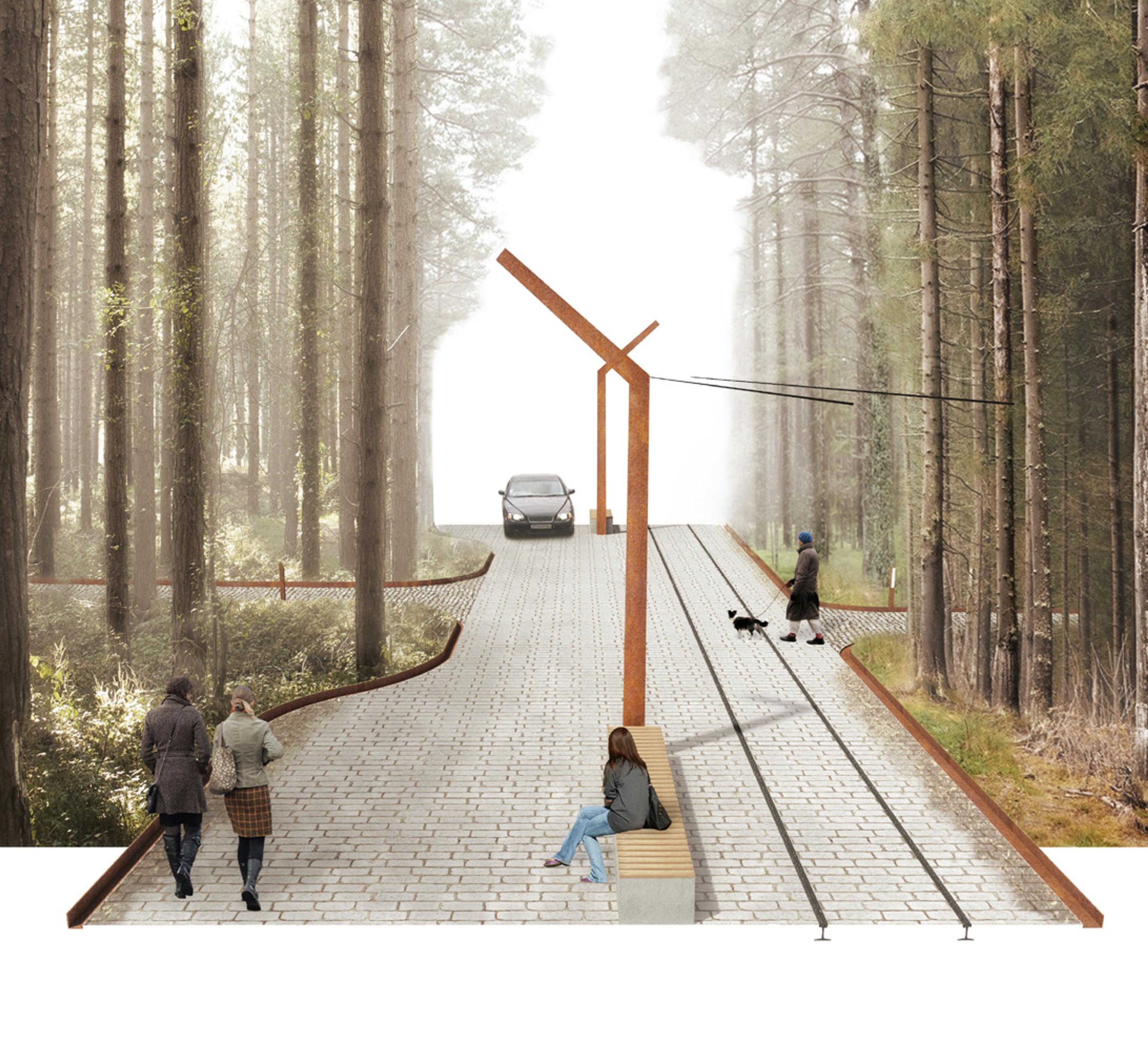 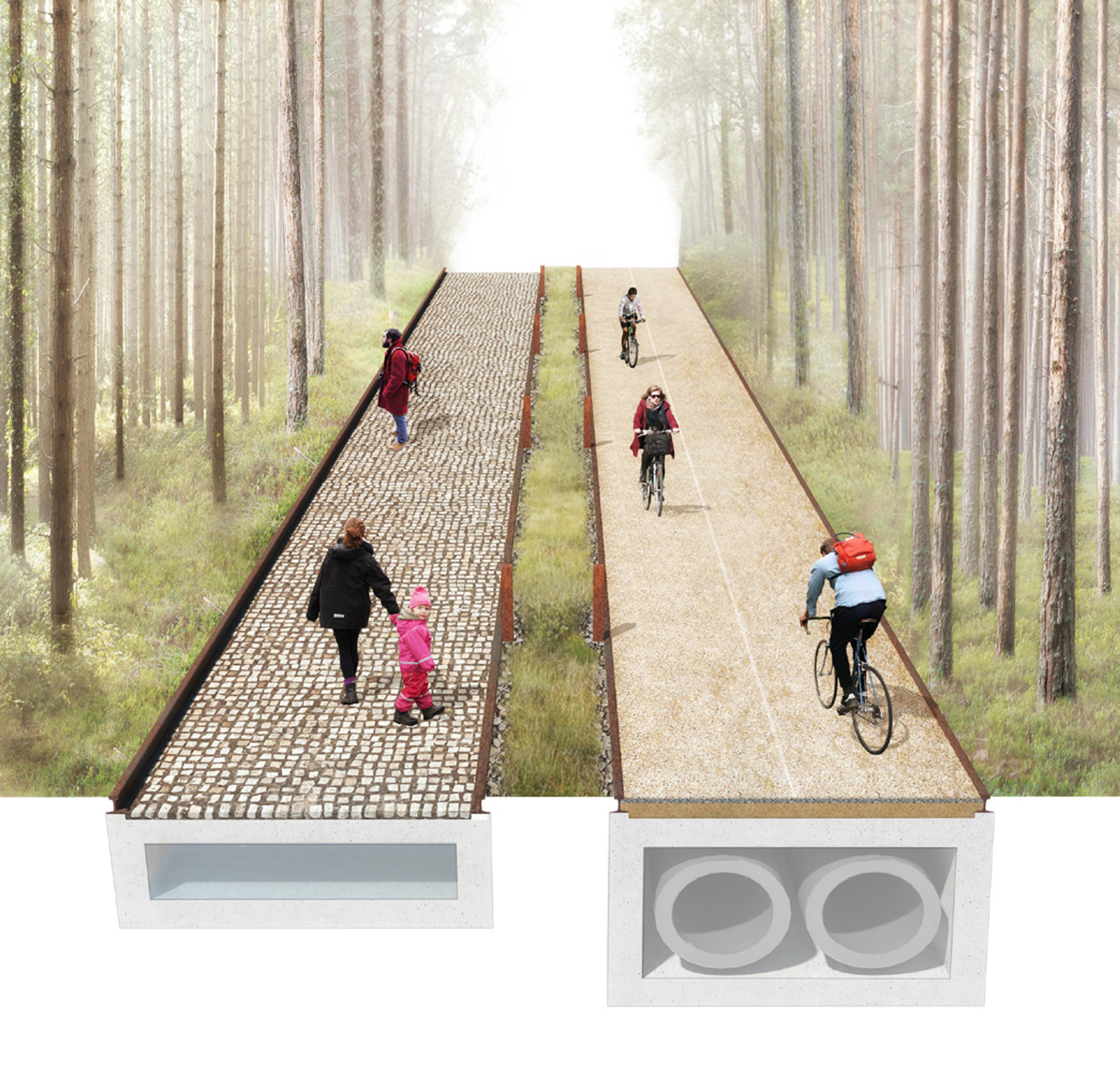 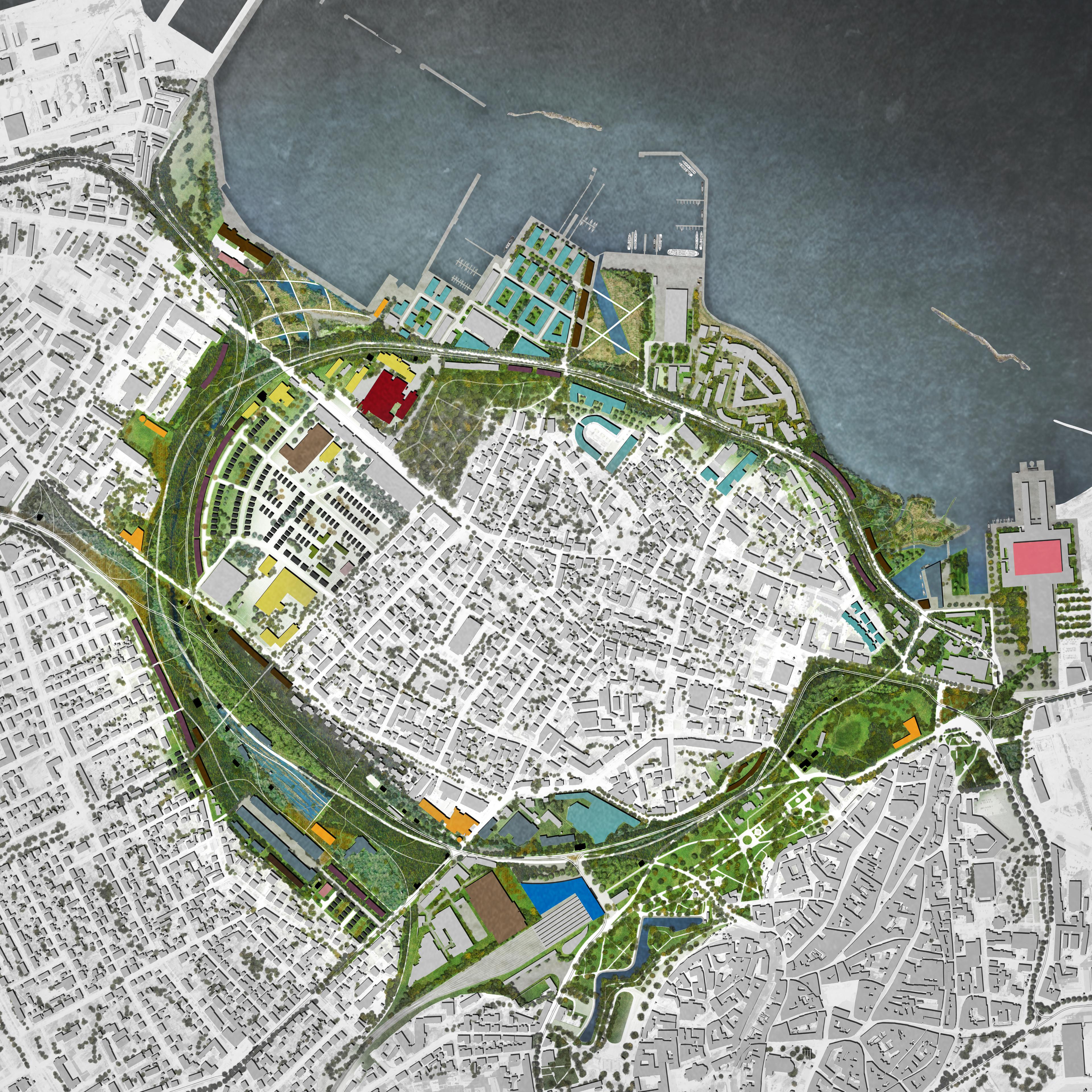