Sarajevo is the capital of a new country with a unique topography and rich culture. Our proposal looks to capitalise on its geographical position and strong relationship with the mountains and enhance its identity as the flagship city of Bosnia and Herzegovina.

Bosnia is known for its mosaic of cultures, and as a cultural gem of Europe, Sarajevo epitomises this with its diverse harmony of cultures and religions.

Today, Sarajevo has reached a crossroad in its development. Pollution levels are at a critical point and are detrimental to the future of the city, which is the most polluted in Europe due to its heavy reliance on driving and burning fossil fuels. Its green spaces are underutilised and disconnected from the surrounding landscape, with urban sprawl threatening its topographical identity. Cultural spaces are neglected and diminishing due to lack of funding and interest at government level.

Sarajevo now has a pivotal opportunity to redefine itself as a clean city that celebrates its natural landscape and the meeting of cultures. Our masterplan aspires to create a cleaner, greener city by introducing a green spine that runs along the river. This primary element extends the river ecology into the city, supporting recreational activity and densifying its existing fabric. 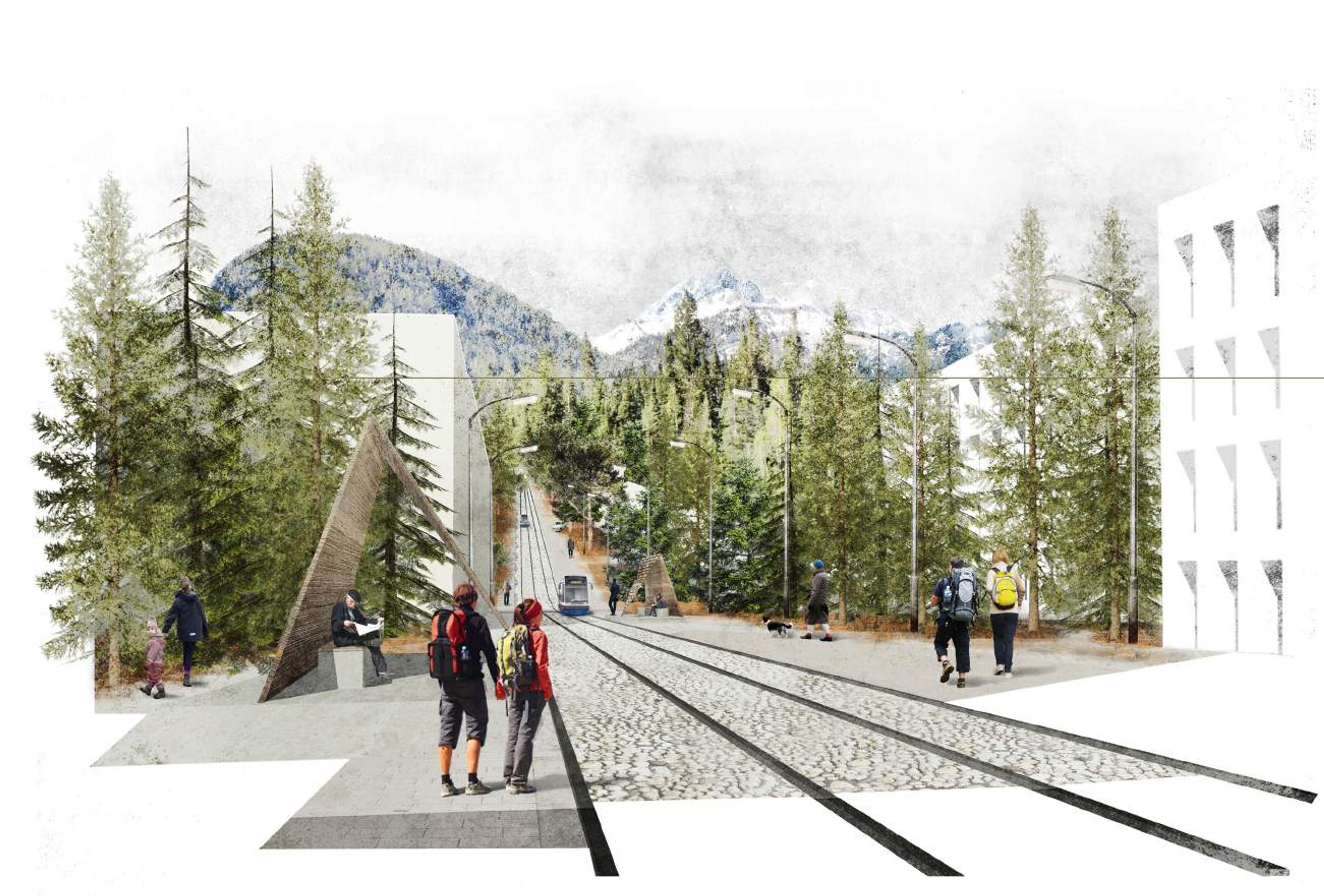 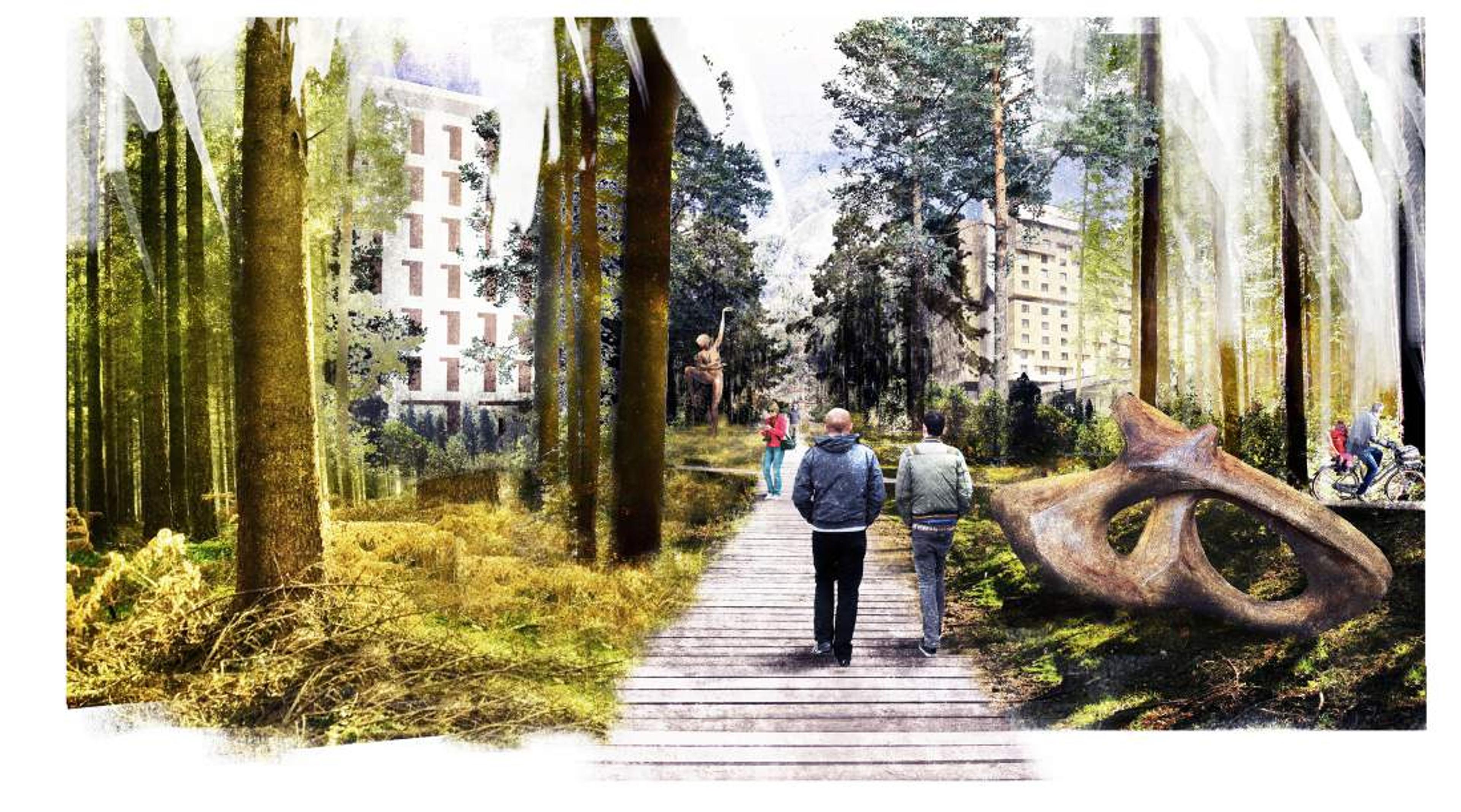