In the future, cities will become denser to facilitate demands of growing populations. If current programmes of urban development continue, the quality of everyday social relationships will become increasingly limited. Denser urban development that takes the form of bland, neutralising spaces such as shopping malls and profit-driven residential schemes will reduce the number of spaces that facilitate social interaction in the fabric of the city.

‘Loose space’, a term coined by Karen A. Franck and Quentin Stevens, describes areas within a city that are free from over-contrivation, thus encouraging the organic process of activation through social interaction and dwelling. Loose public space allows for slow space, where people can break from the rhythms of the city – where they can sit, play and interact.

As our drawing shows, triangulation within public spaces is based on exaggerated current social conditions, and therefore each zone differs. The above examples show proposed spaces near Goodge Street Station and Charlotte Street in London. The first creates a pedestrianised public space, with characteristics of the existing fruit market, while the latter forms a cut through an existing cafe – a gathering point for delivery drivers to socialise. 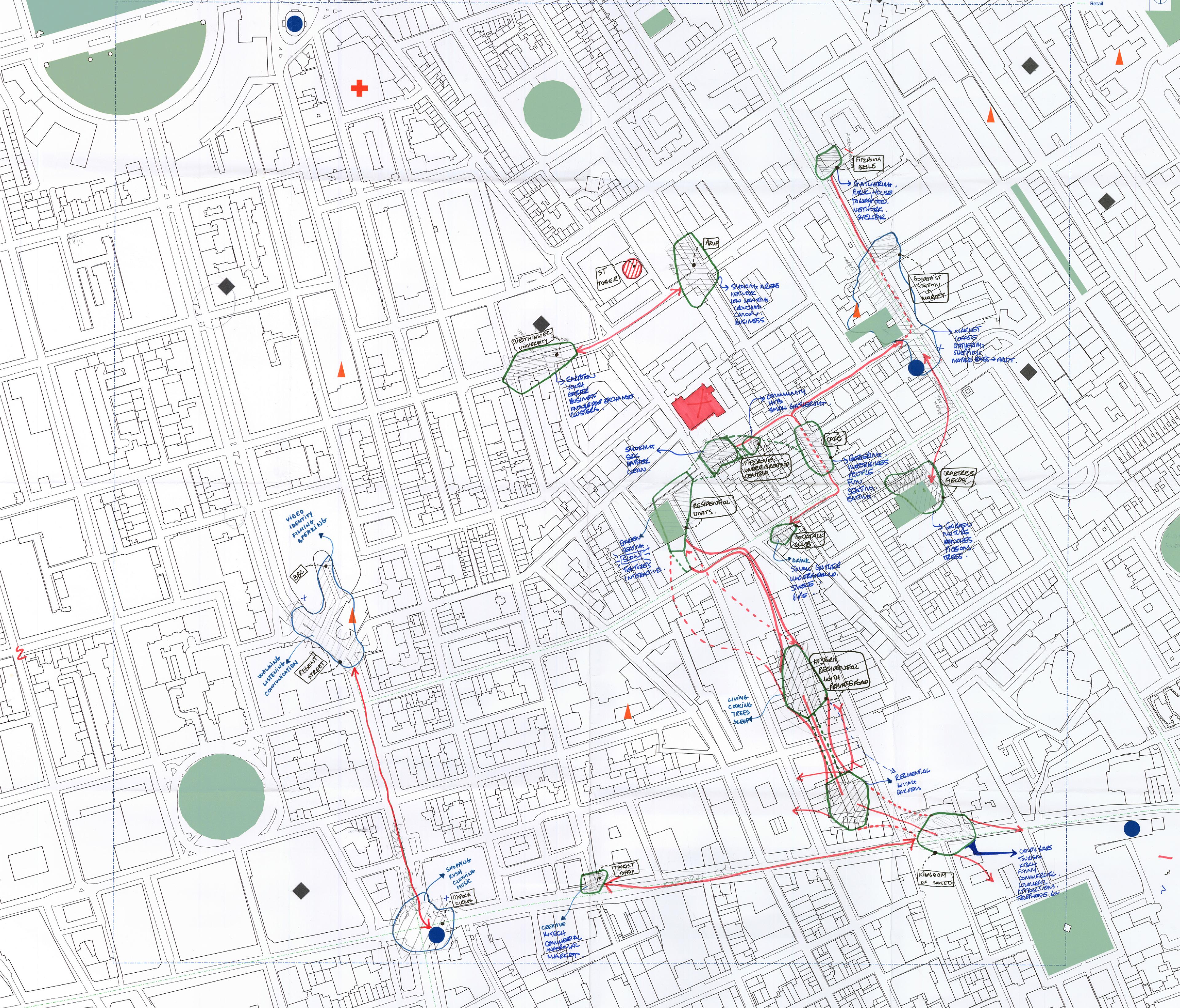 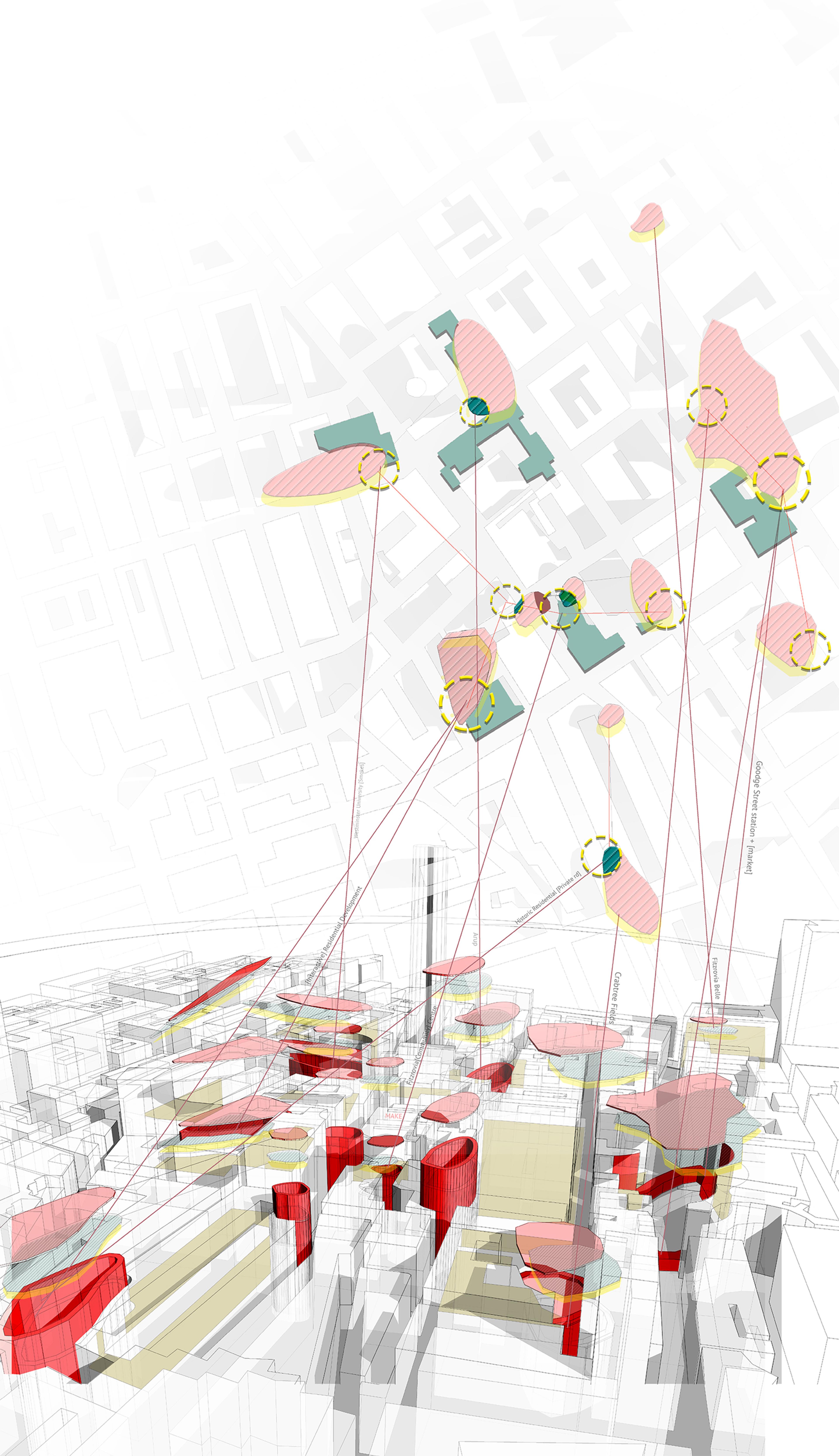