Leipzig is a small neighbour to Berlin, with a population of about 560,000. Historically, its significance has reached far beyond its borders, as a major European centre of trade. However, under the East German GDR regime and following the fall of the Berlin Wall, Leipzig’s population rapidly decreased, leaving a sprawling, underpopulated city.

Leipzig is now ‘on the up’ – the only city in Germany to have an increasing population, in fact. Unfortunately, city authorities lack the infrastructure and services to support this new population. Taking this into consideration, we have developed a masterplan that includes a ‘shopping list’ of all that the city requires by 2030.

The historic city centre is isolated and surrounded by a large inner city ring road. Removing this impediment and replacing the inhospitable infrastructure with a new urban forest of linden trees formed the starting point of our proposal.

Along with this reinvigorated ring road, the citywide proposal has two other key elements: ‘stitching strands’ that connect communities, and two redeveloped train siding sites.

The reinvigorated ring road becomes a pedestrian-focused space, with stitching strands originating from it and becoming new green links that contain the distributed items on the ‘shopping list’. These strands are activated by footfall and cyclists, and feature an improved tram network originating from periphery park-and-ride schemes.

Installing the new ring road and stitching strands provides an opportunity to connect the entire city via one holistic system, with the ring road a central distribution point for transport, district heating, waste, water and digital infrastructure. 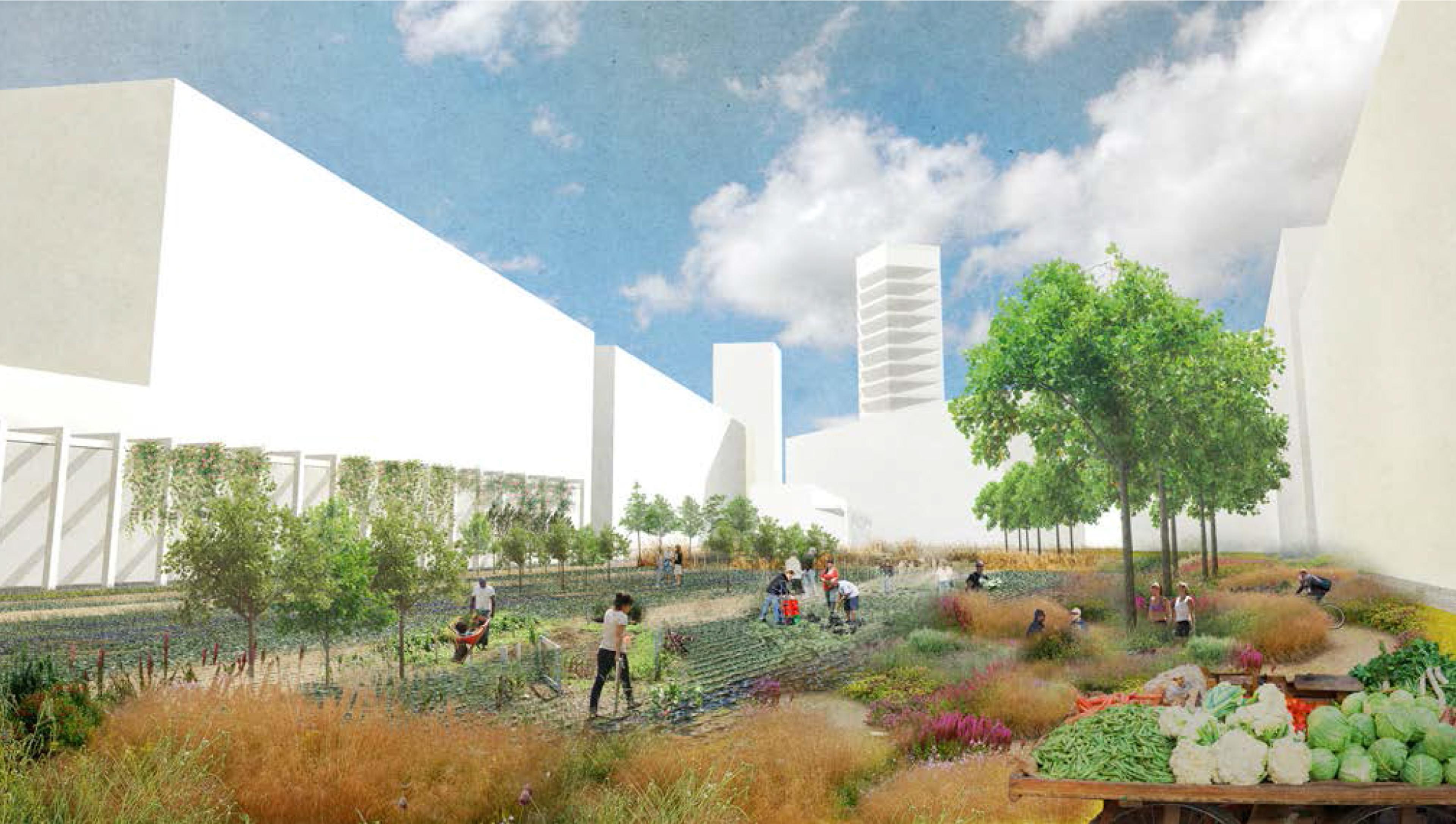 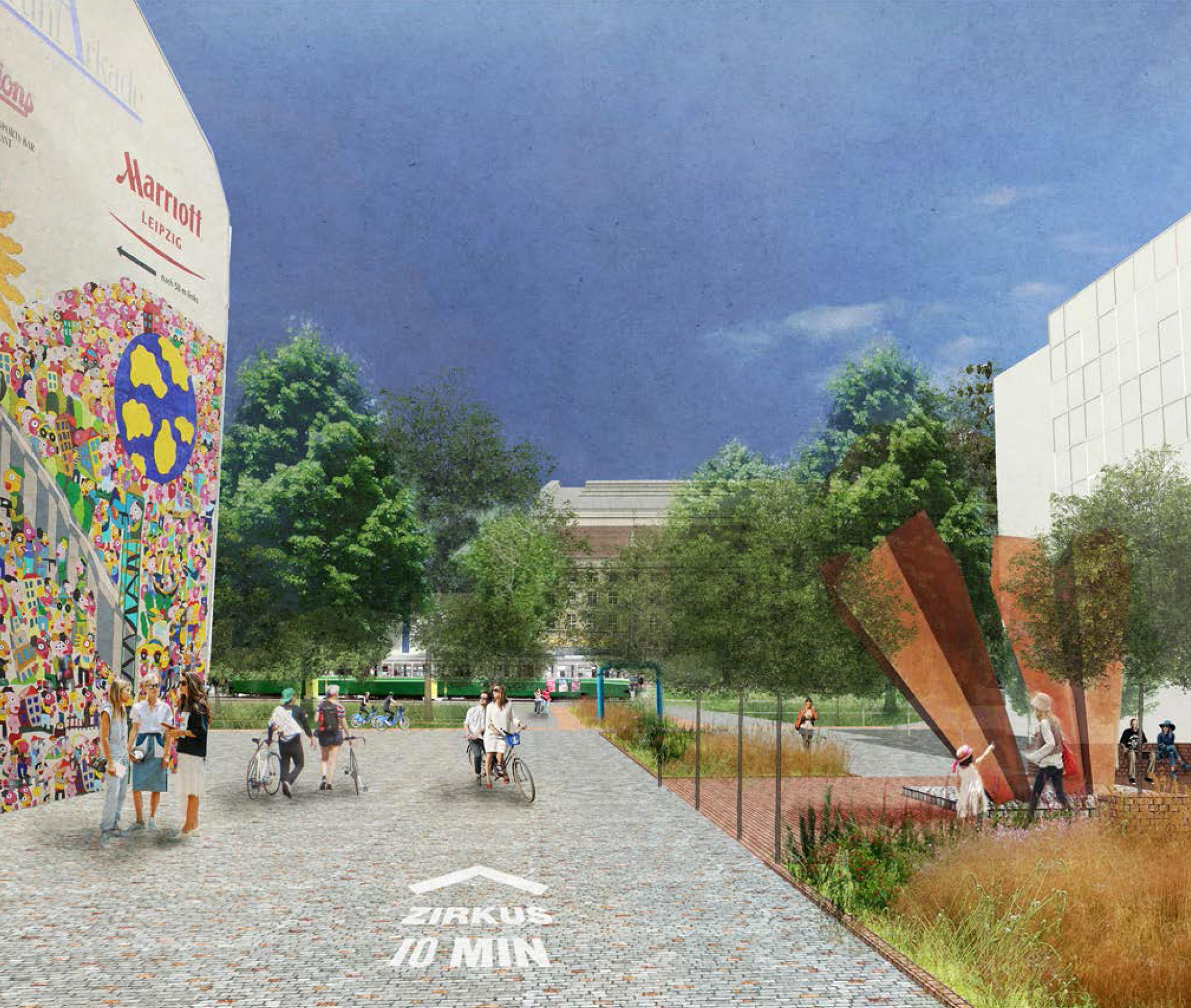 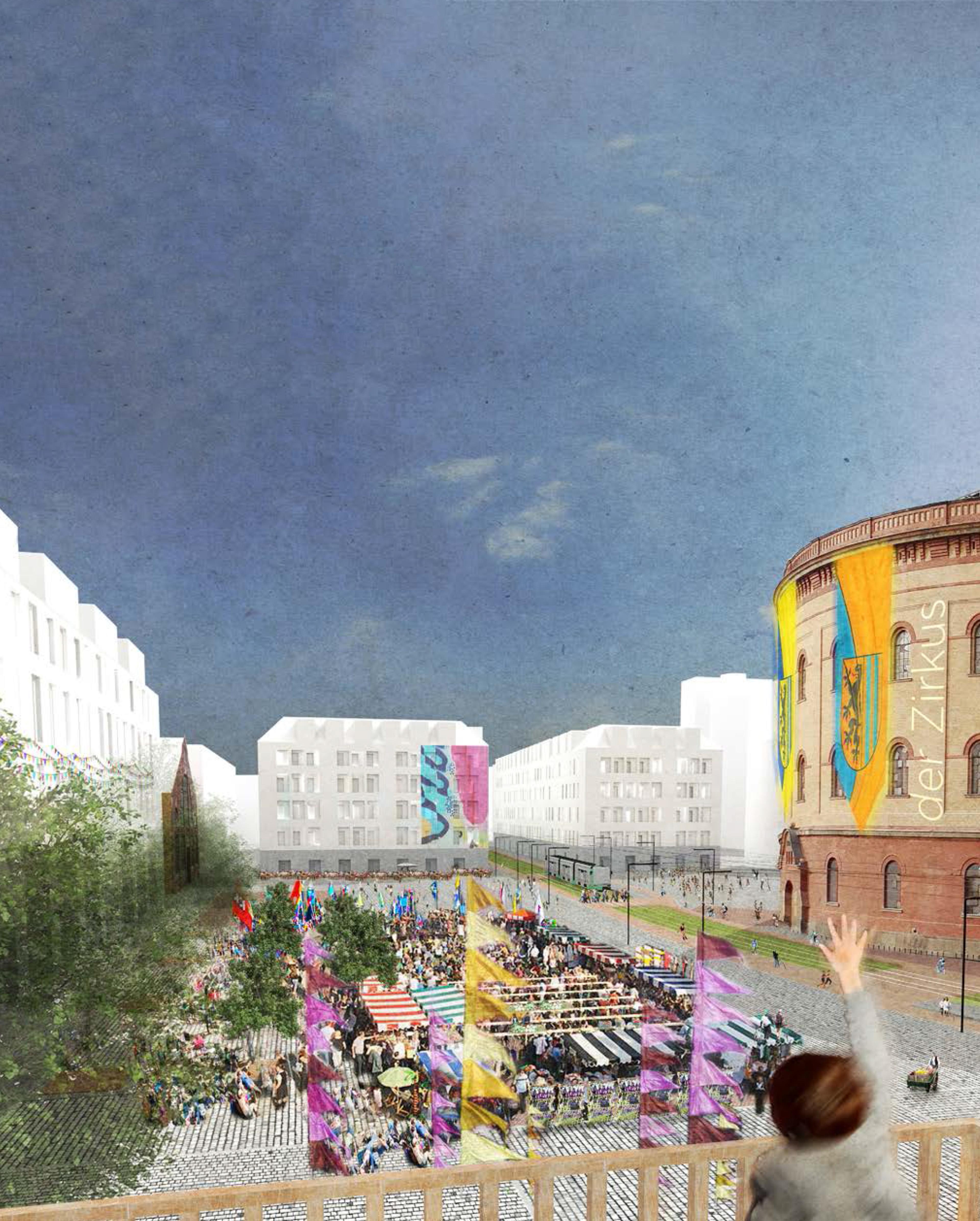 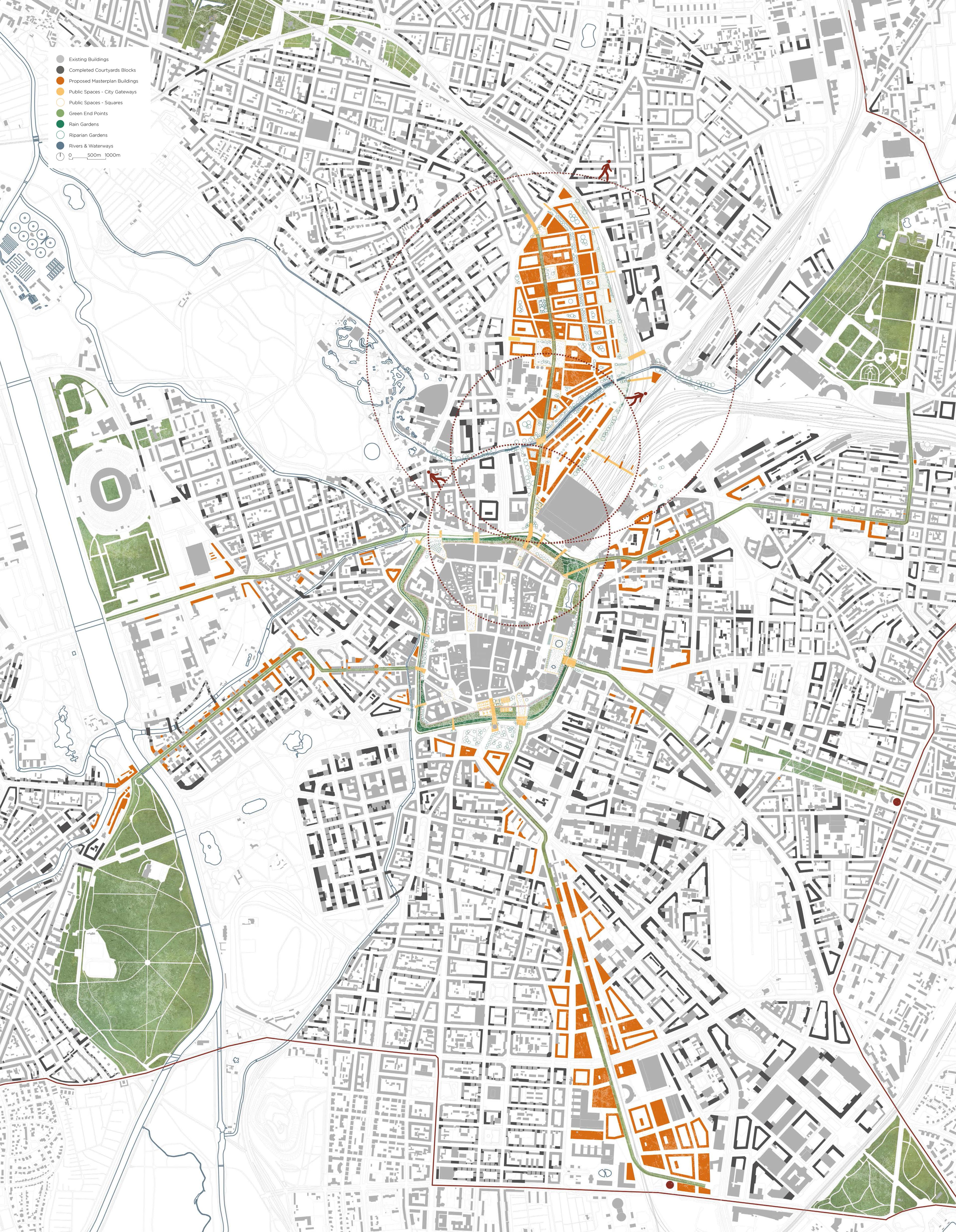