How can we increase the urban vitality of an already densely built-up environment like London’s Fitzrovia? What components are needed to contribute to a truly vital city of the future? In the words of Cedric Price, “Do you really need a building?”

Our project understands ‘breathing’ as the timing of performance: rhythms, constant ebbs and flows of urban functions, activities and events. Our proposal aims to synchronise London’s existing breathing patterns and densify this site by increasing the intensity of its programmatic occupation over the course of a whole day.

Our spatio-temporal analysis of the existing use patterns in Fitzrovia identify two kinds of ‘voids’: times as well as spaces that are currently under-used. Most of the urban blocks in Fitzrovia are dominated by retail and office uses that are only active during normal working hours. The proposal utilises the existing courtyards in these blocks for programmatic activation in the hours between 9pm and 5am.

This somnambulant urbanism is enabled through a set of minimal infrastructural components and augmentations to the existing urban blocks. The addition of lightweight roofing, furniture, light and sound systems, connections to water supplies, and wifi hotspots will allow for the further usage of these spaces as, at minimum, nightclubs, restaurants, pop-up cinemas, exhibition spaces or workshops. 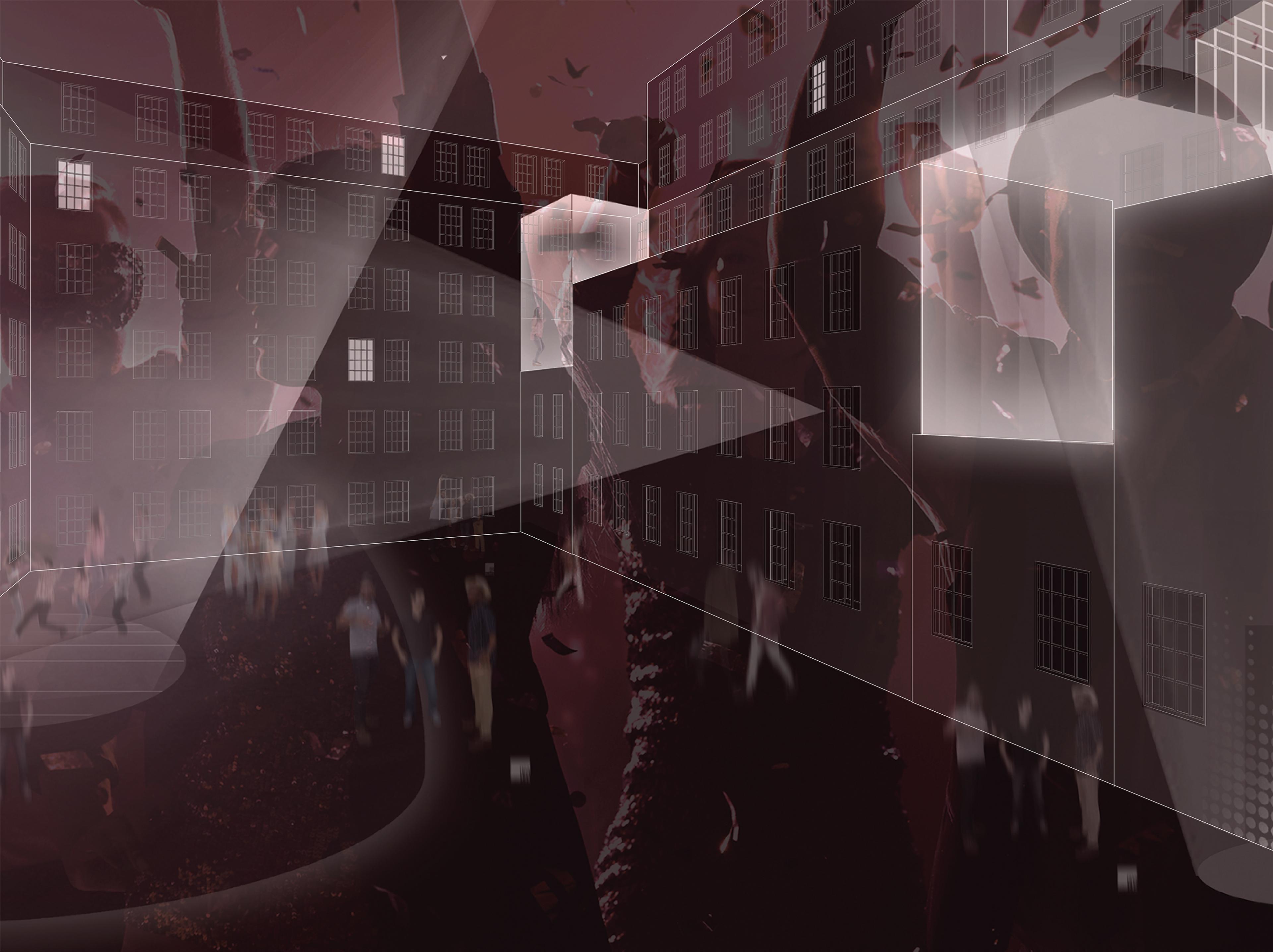 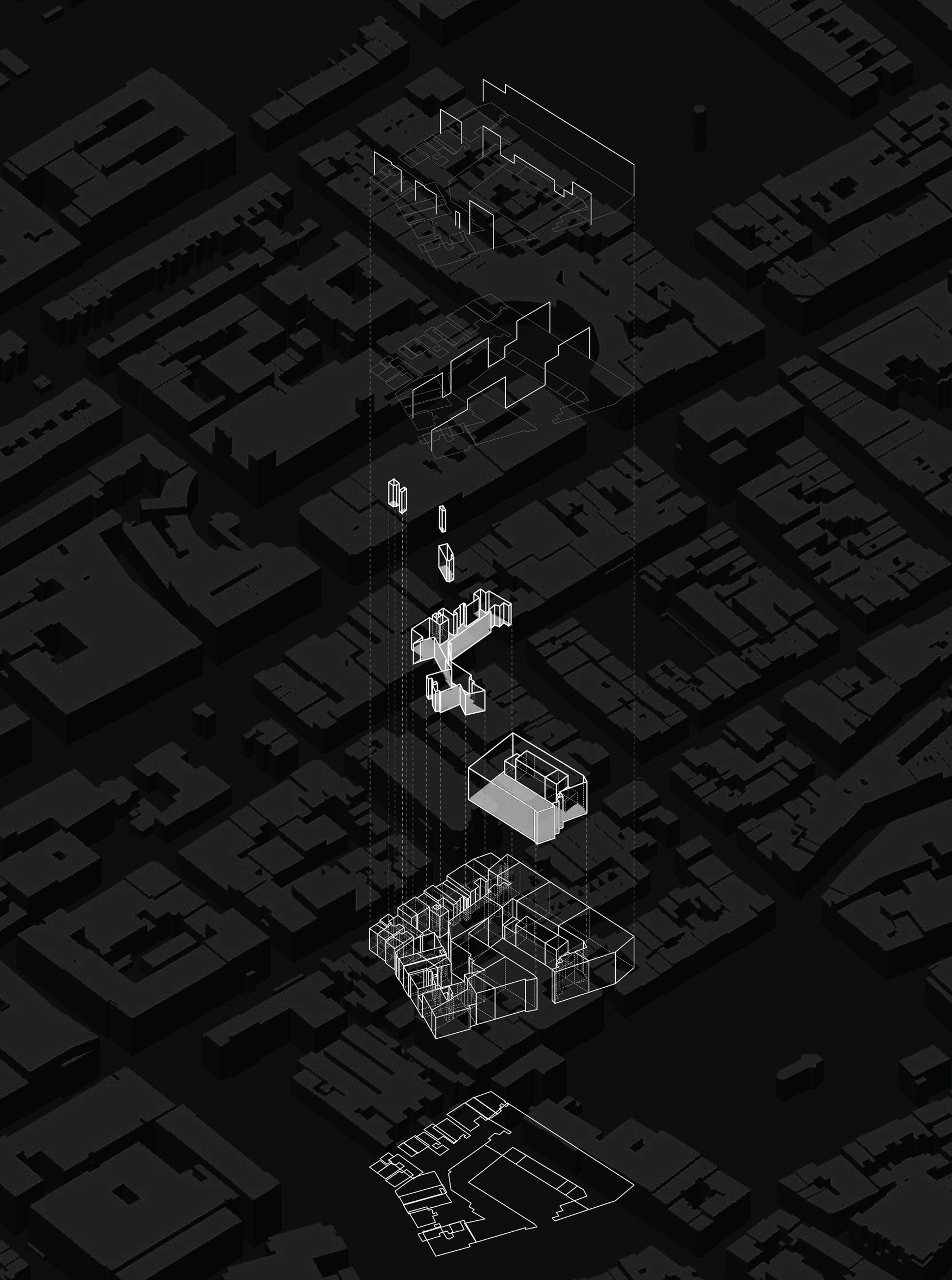 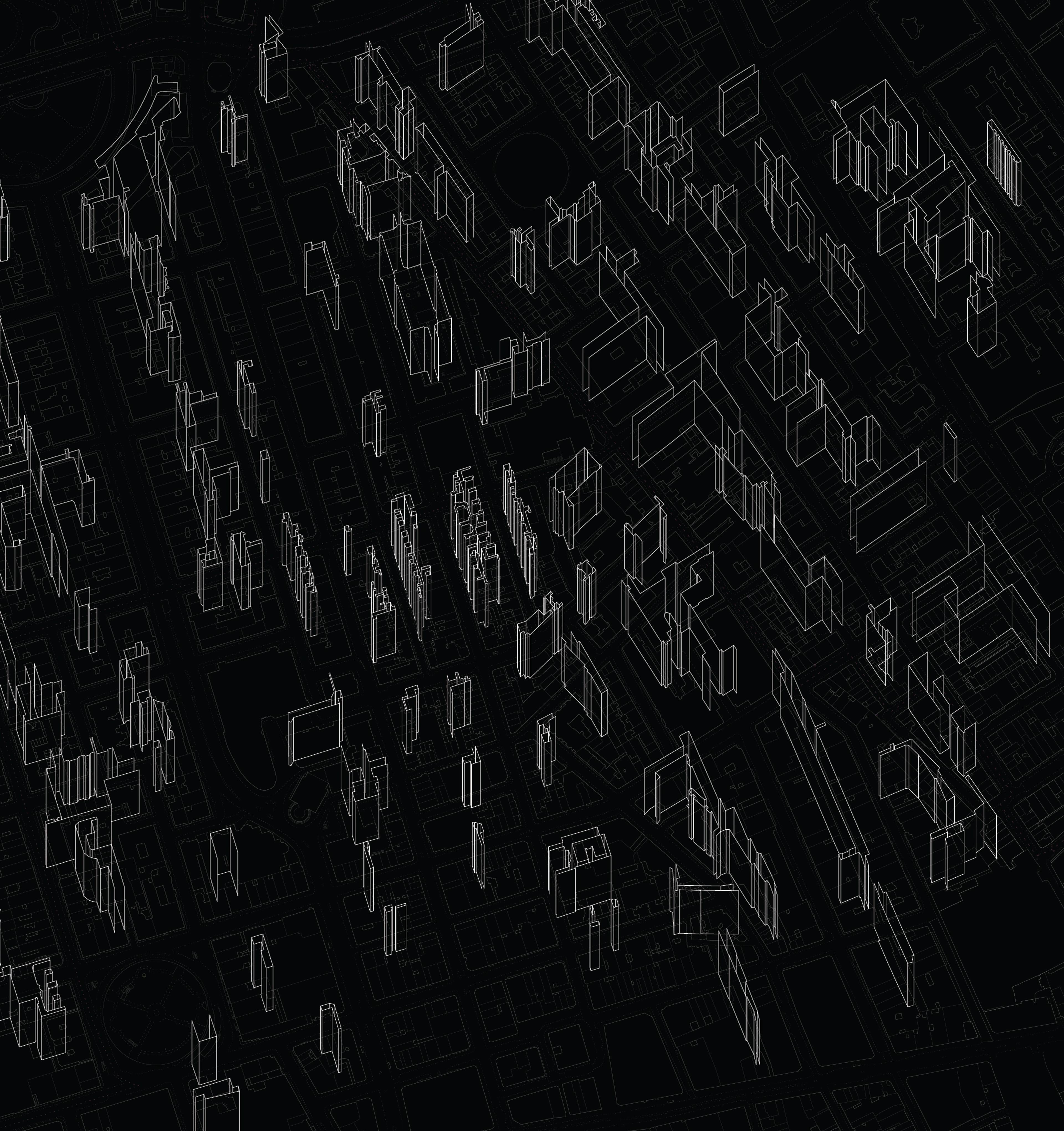