The UK population has been growing on average by 0.6% each year; it is projected that by 2030 London will reach 10,890,000 people, further densifying the city. Accommodating an increasing population in higher-density urban environments offers the opportunity to intensify connections with nature. This, linked with the theme of anxiety and contemporary research that explores the connections between nature and people’s psychological state, creates the basis for our proposal.

Anxiety is characterised by a state of inner turmoil – subjectively unpleasant feelings of dread over anticipated events. It is not the same as fear, which is a response to a real or perceived immediate threat. Anxiety can come in many different forms and be provoked by various contrasting conditions.

We envision our proposal as a physical representation of exposure therapy, where people are encouraged to engage with architecture in the hope that it will help alleviate city-induced anxiety. Our initial approach was to identify the key anxieties of our site in central London. We discovered that these manifested in ten main forms: crowded spaces, heights, noises, darkness, lost spaces, open spaces, small spaces, performances, touchings and street crossings.

We have formed an architectural tectonic that corresponds to or triggers the identified city anxieties, creating a zen-like garden where individual elements of the design combine to create a vital episodic street that elevates awareness of anxiety, bridging the disconnect between society and mental health.

The intention of the proposal is that it can be replicated and embedded at all scales and vertical levels throughout any part of a city where it is required, bringing much-needed vital connections into everyday lives. 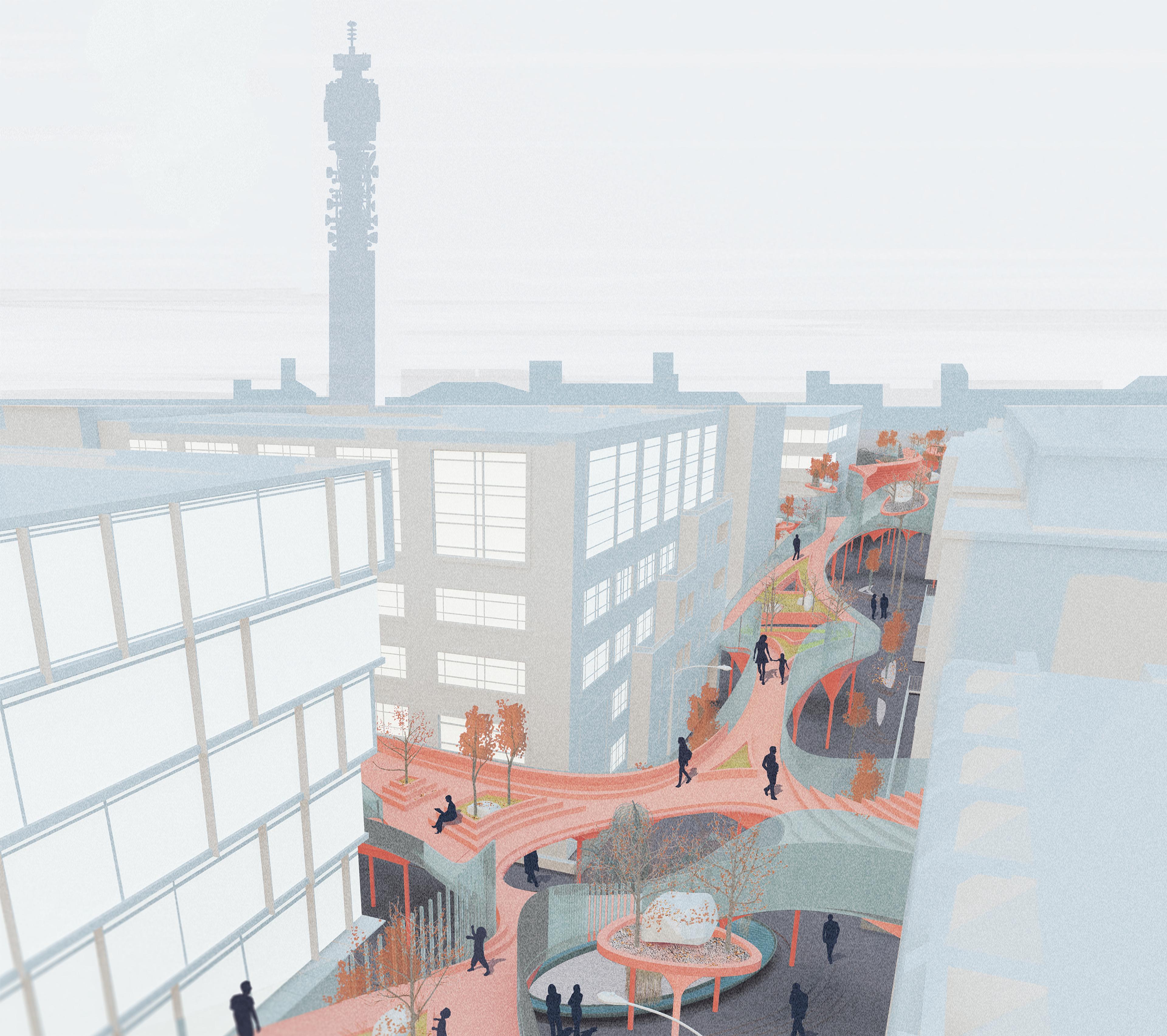 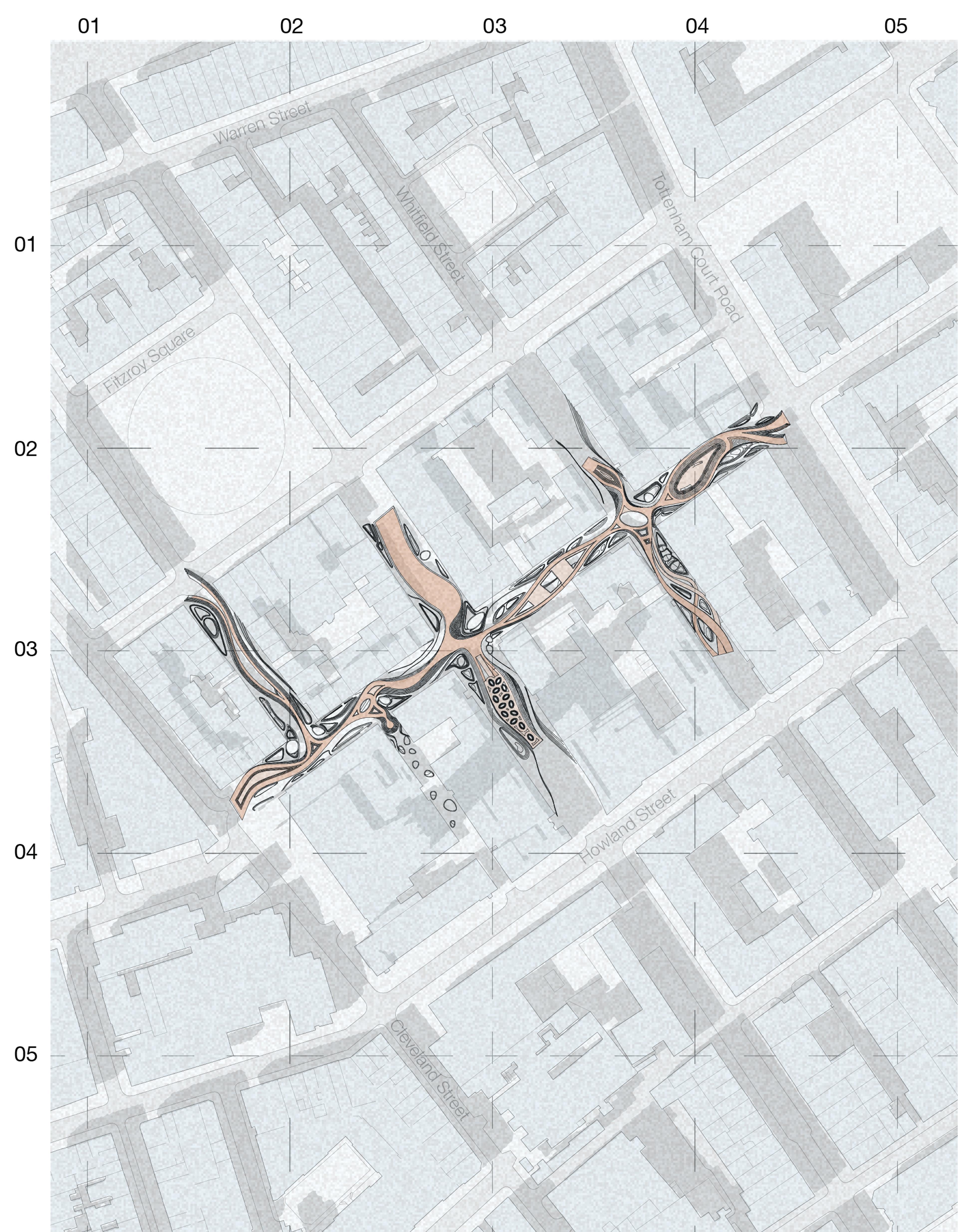 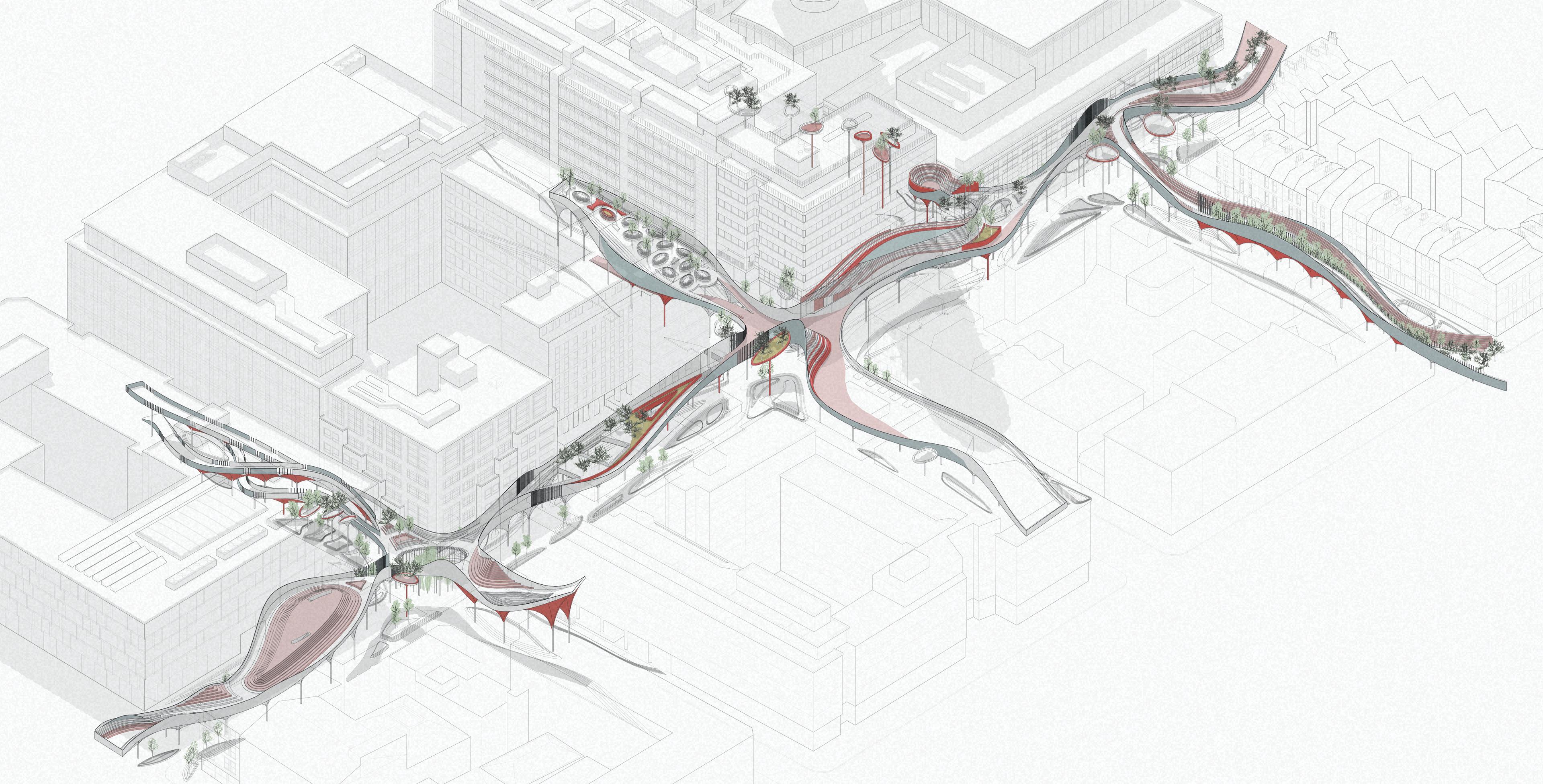