Skip to content
Competitions
Kinship in the City Series

Our proposal dissects the role of social media in social spaces and considers their relationship in the context of networks. Technology allows us to connect with people who geographically distant, but it can also inadvertently isolate people.

Our proposal looks to create social spaces in the third spaces between home and work. The spaces, known as a ‘Notwork Networks’, are located in areas of high footfall and purposefully block out phone signals, encouraging commuters to stop looking down and instead engage in various activities that take inspiration from music festivals, urban markets and other successful social spaces. They centre around performance, food and culture.

The Networks are linked to critical transport nodes and incorporate artificial intelligence to make them integrated, inclusive spaces. The architecture is designed around an invisible threshold, allowing people to seamlessly step into a new world full of potential connections. Networks also feature Faraday cage technology in the form of an aluminium outer shell. Supplied with an electrostatic charge, the shell keeps the area signal-free and creates a stable electromagnetic environment that promotes wellbeing based on the idea of Schumann Resonance.

Our proposal champions engagement and human interaction through technological disconnectivity. The idea is that these spaces could be expanded across cities, creating new citywide networks. 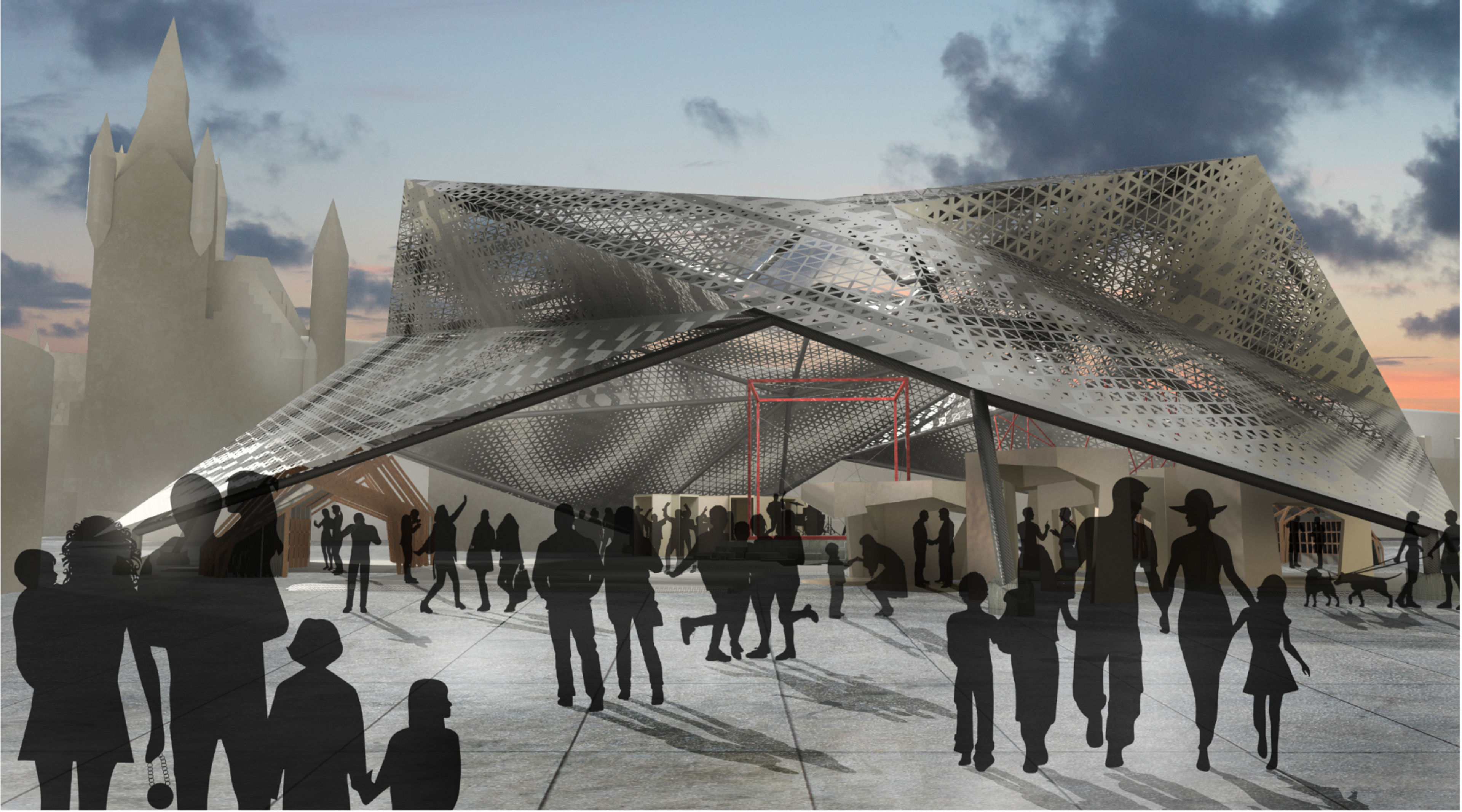 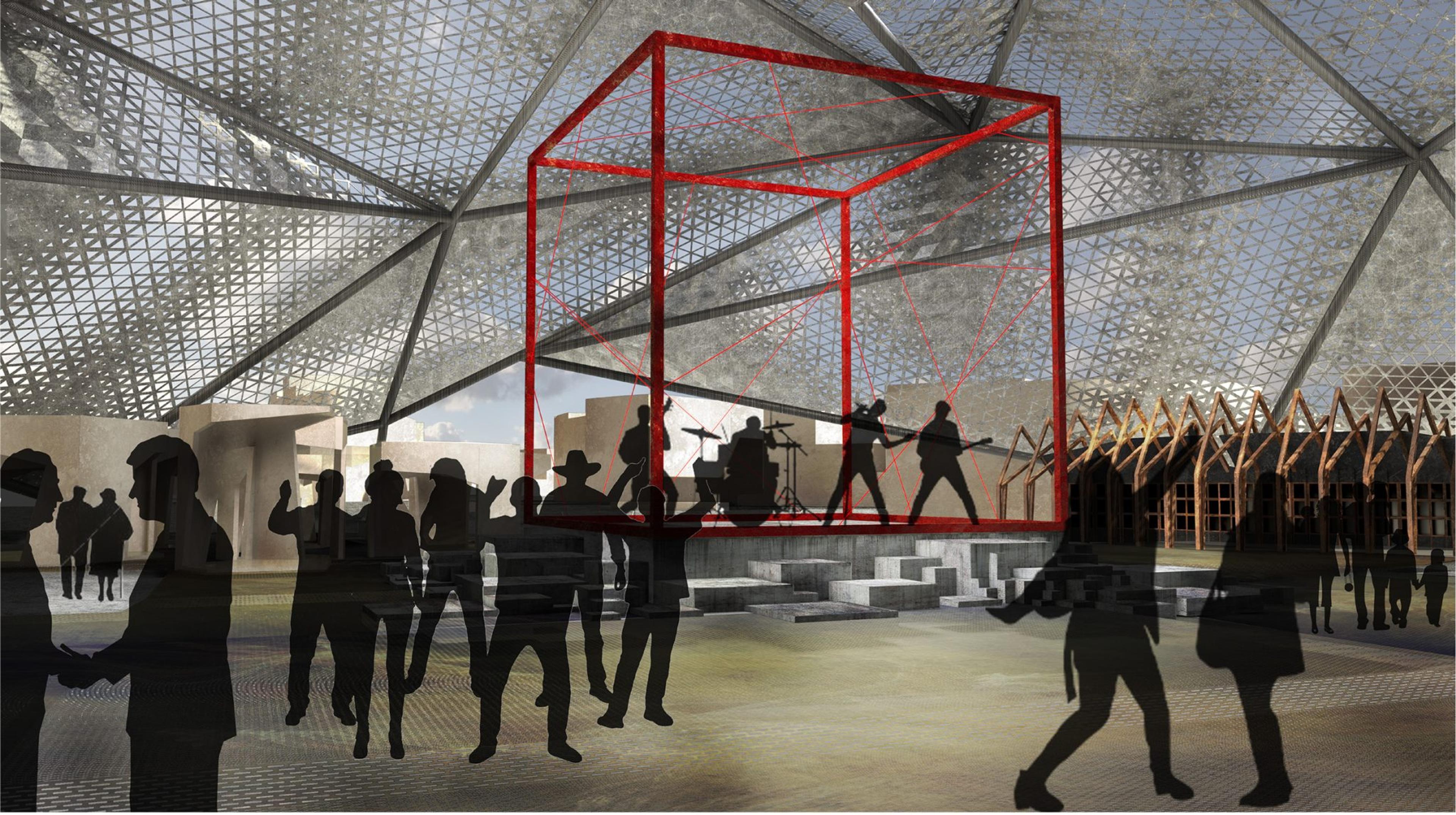 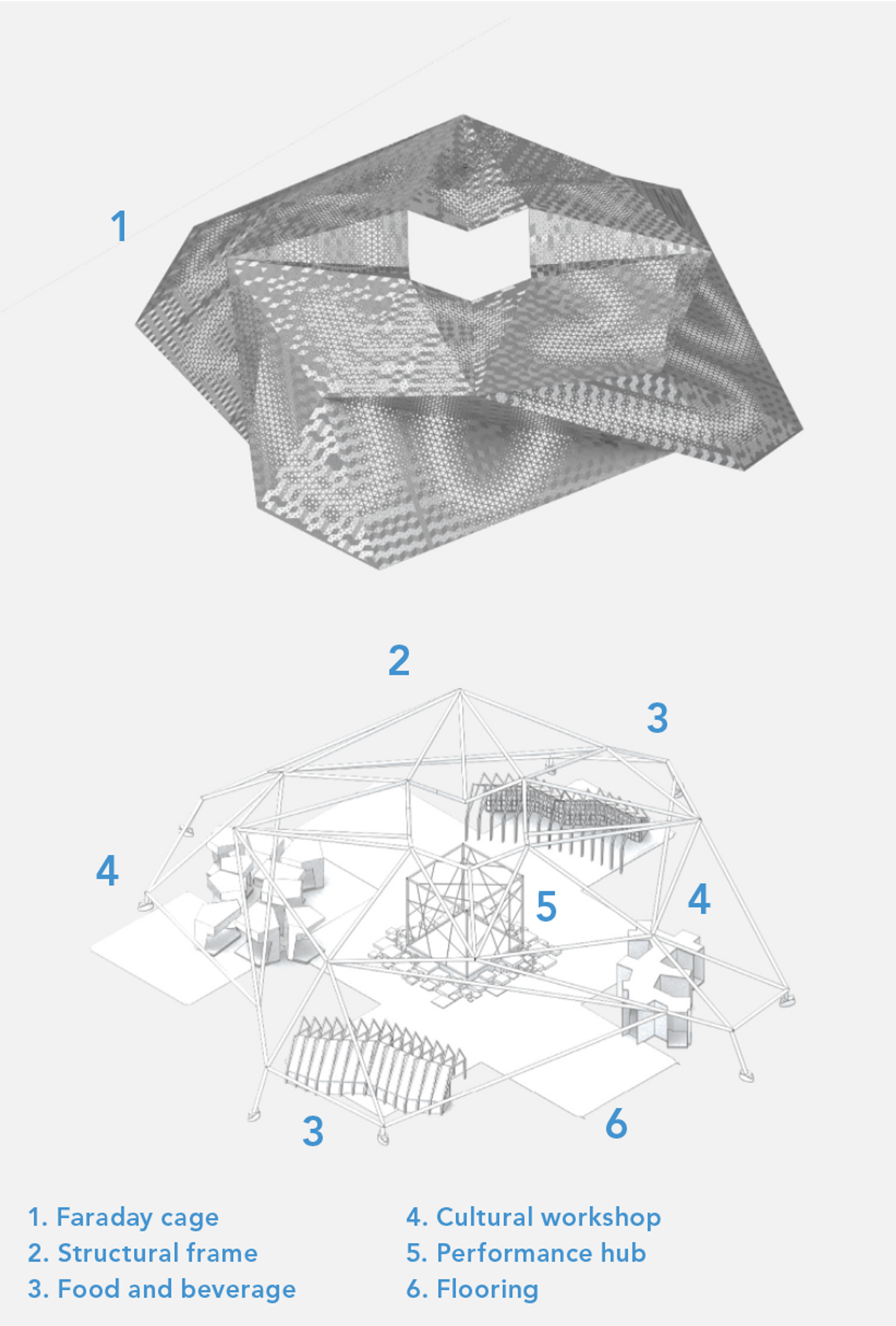